When the lovely people at the Book Publishing Co. kindly offered to send me a copy of the new Sea Shepherd cookbook to review, I couldn’t refuse such a great cause.

Members of Sea Shepherd take to the world’s oceans to confront, disrupt, and halt the illegal slaughter of endangered marine wildlife. Sea Shepherd warriors risk their own safety to defend the graceful denizens of the sea: whales, seals, turtles, sharks and dolphins. Out of respect for these threatened creatures, and for all life, the galleys of Sea Shepherd vessels are totally vegan.

Laura Dakin is in charge of the galley on the ship, Steve Irwin, and responsible for feeding its crew of 50. Cookin’ Up a Storm is a collection of 80 of the crew’s favourite recipes. Laura humorously recounts the challenges of cooking in an actual storm and shares her secrets for serving up hearty, gratifying food that is not only a pleasure to eat but also satisfies the needs of a hard-working crew.

Interspersed throughout the book are riveting, true-life stories from crew members that offer a glimpse of the dangers they face while stalking whaling vessels on the high seas. Their heartfelt appreciation for the magnificent sea creatures they defend lays bare the deep level of courage and dedication these modern-day heroes possess.
– Book Publishing Co. 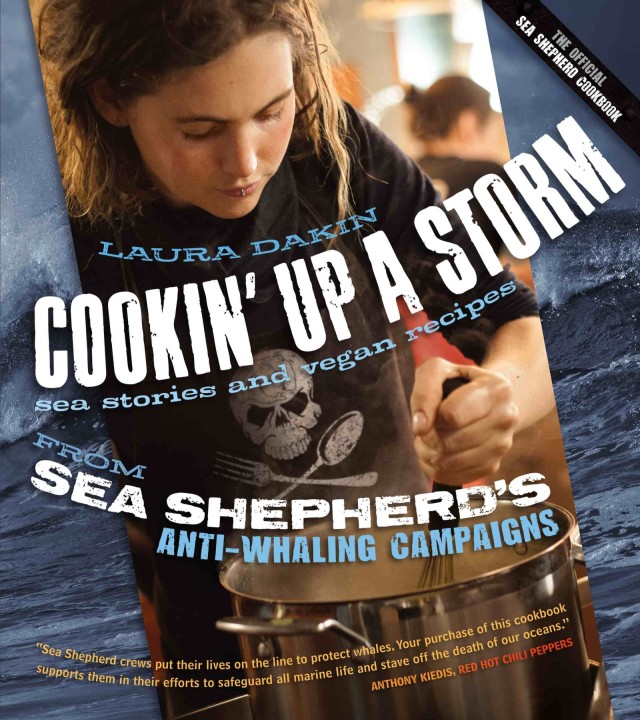 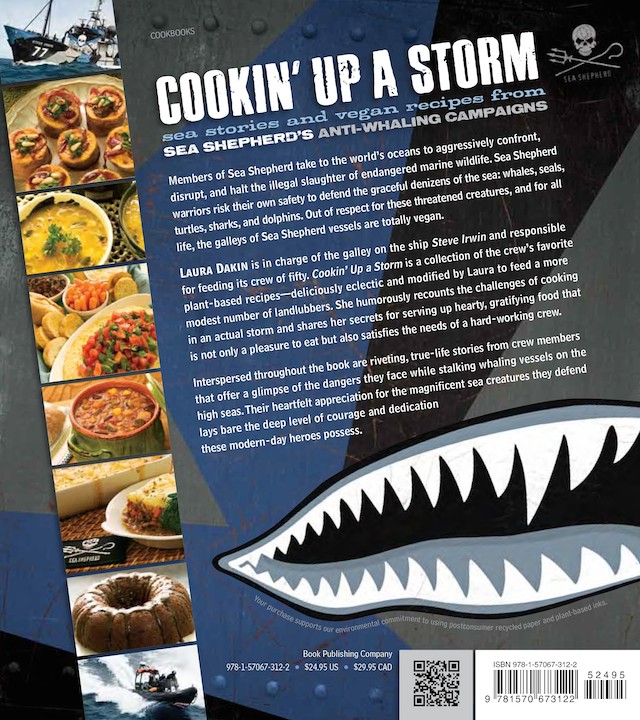 And heroes, they are indeed. I’m so in awe of their amazing and tireless work to protect our beautiful sea creatures.

‘Cookin’ Up A Storm: Sea Stories and Vegan Recipes from Sea Shepherd’s Anti-Whaling Campaigns‘ is a feast for the imagination. It’s brimming with stunning photos of the galley and other parts of the ship, of gorgeous marine life, and of the crew’s sea adventures.

It’s also filled with inspiring stories from other crew members (about icebergs, radars, action stations, and how they handle sea sickness), and even a Q&A with Captain Paul Watson.

And that’s before you even look at the food! I loved reading through the recipes – because who doesn’t wonder what vegan sailors eat when they’re at sea for weeks at a time?

But I was most curious of all about the Red Lentil, Lemon and Rosemary Soup. I mean, the recipe looks too easy! Wouldn’t it taste like it was missing something? Maybe even just a single onion?

But hot damn, this soup was a delicious surprise. If I had to sum it up in one word, I’d say: Spring. Yep, Spring. The lemon and rosemary are so light and fragrant, it tastes like warm sunshine and fresh meadows.

It made me realise how much of a food rut I’ve been in lately and that I need to push the boat out more. And who knew I’d learn that from the Chefs of the High Seas? 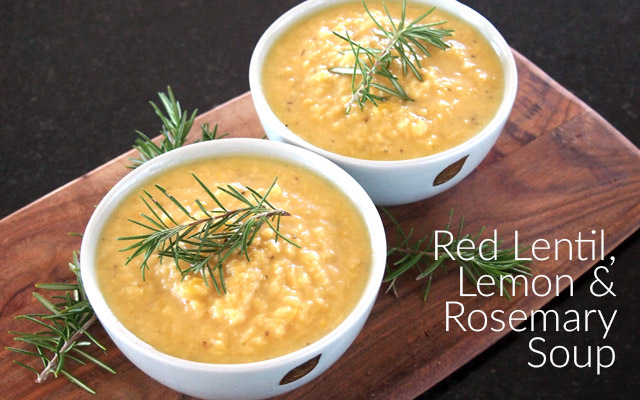 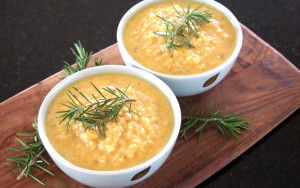 About the Author: Laura Dakin joined the Sea Shepherd Conservation Society in 2005 at the age of 21. She began her career in the kitchen as a dishwasher, but after just a month, Laura was thrown into the deep end and promoted to chief cook (affectionately called galley slave) out of necessity. She fell in love with vegan cooking and rose to the challenge of preparing three meals a day for 50 crew members. When she’s not sailing the high seas, Laura lives in Australia and is the head chef at a non-for-profit, pay-as-you-feel vegan restaurant in Newtown, New South Wales.

Whether you’re looking for new recipe inspiration, or are curious about life as a Sea Shepherd crew mate, this cookbook will become a treasured part of your collection.

4 Comments on Cookin’ Up a Storm with Sea Shepherd