This little gem was inspired by a curious salad we encountered at Musashi Japanese Restaurant in Sydney a couple of weeks ago.

Usually a huge fan of salads overflowing with delicious goodness, I wouldn’t have thought that a simple cucumber salad would really get my wow on, but something about this little number was magic.

Throughout the rest of the trip I kept hoping we’d make it back to Musashi but instead it found itself in my travel diary to serve as inspiration when I got home.

The large cucumber chunks, although dressed with chilli, are lovely and cooling on the tongue and would make a great accompaniment to spicy Asian curries.

Musashi’s version – the one that started it all.  So heavenly after a long day cruising the city: 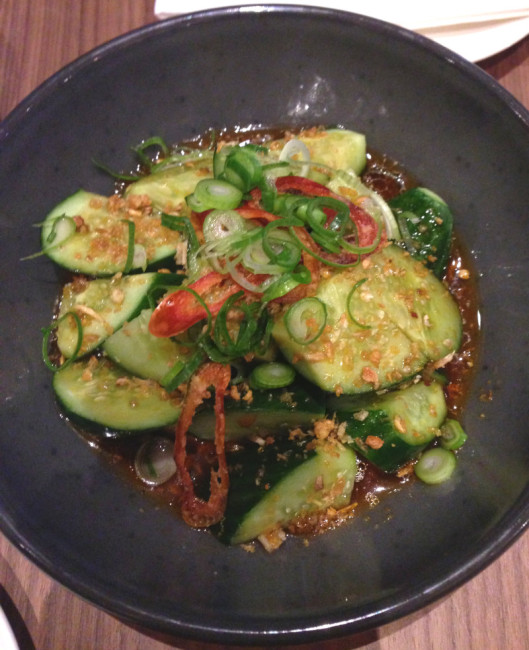 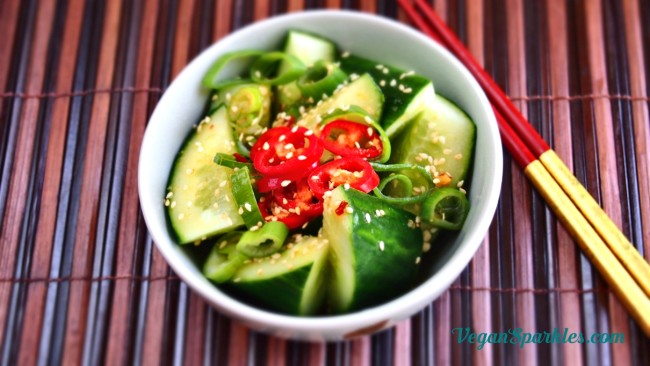 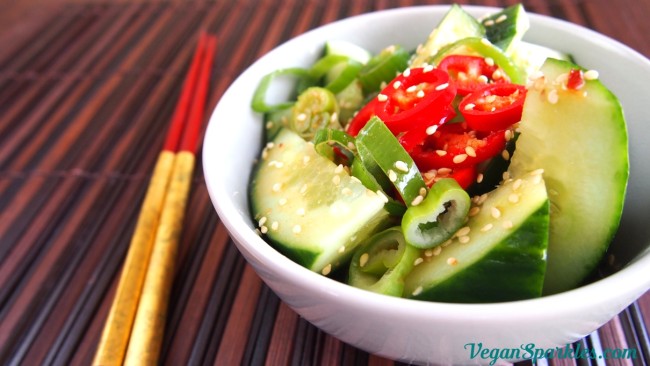