Once upon a time (2 years ago, almost to the day), I found myself toying with the idea of making a raw meal.  I’d been daydreaming about it ever since I bought my very first raw ‘cookbook’ about 6 months earlier.  The stunning photos in that book and the stories of increased vitality I’d read all over the net enchanted me.  I’d tried raw pizza, nachos and desserts at PAWS, Manna and the Raw Kitchen Cafe and they were all delicious, but all the dehydrator talk and complicated recipes discouraged me from giving it a go myself.

It was hot in the city that week.  Really hot.  Summer rocks, but it’s not really conducive to eating hot dinners, especially not with my penchant for being heavy-handed with the chilli.  Left to my own devices I would’ve happily just eaten frozen fruit for dinner, but apparently this is frowned upon past the age of three.  So what was a sandgroper to do?  Join the raw food movement?

Oh yes, raw food.  Back then I liked to pronounce it ‘ROAR!’ to scare whoever I was talking to twice.
Friend: “You’re going to eat what?”
Me: “ROAR food!  Like a tiger!”  (a hot, vegan tiger, obviously).

Of course, these days I’m much more (*ahem*) mature.

Then I came across this amazing recipe!  Thai food + summer + ROAR! = bliss, right?  Plus it only had two steps and minimal ingredients, and we all know I’m all about that.

Well, one taste and I was HOOKED!  Holy guacamole!  I didn’t think raw food could ever be so decadent!  If this was how all raw meals tasted, all I could say was viva la rawvolution!

Fast forward to recently.  You know those delicious meals you make and fall in love with and then kinda’ just forget about?  So weird.

Anyway, since it’s summer and I’m going crazy with the zucchini noodles again, I finally decided to whip up my own version of this tasty treat first inspired by the gorgeous Eden at Feed Life Starve Cancer: 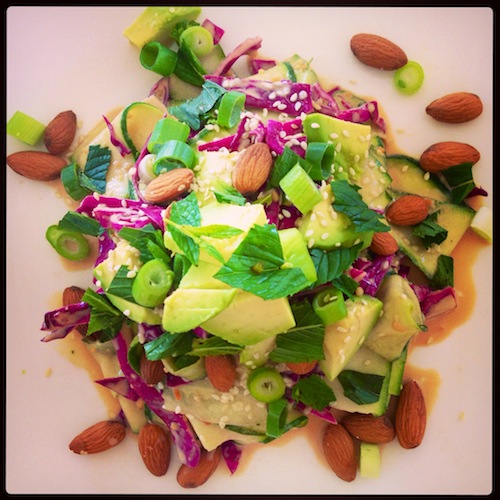 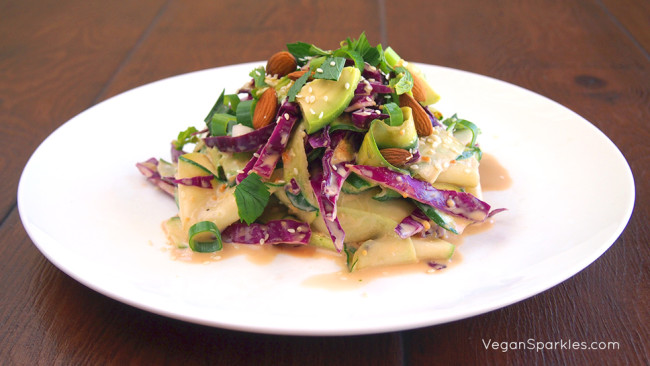 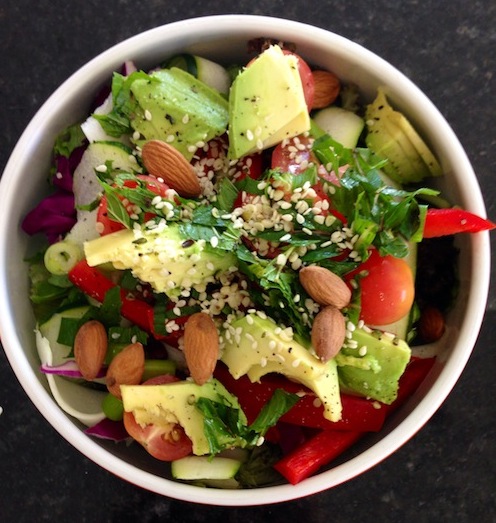 Or all tropical-like (with triple the almonds!):