Is there anything more ‘Hollywood’ than standing on Santa Monica Boulevard wearing large sunglasses and sipping on green smoothies? 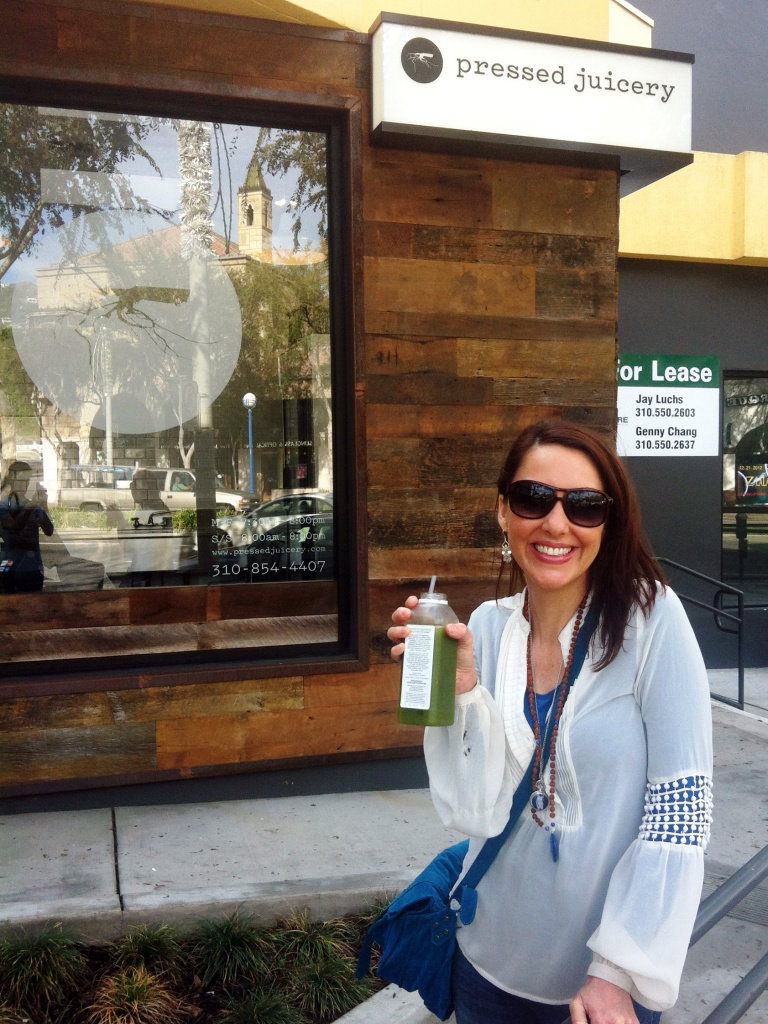 Probably, but it was fun all the same.  ☺

Pressed Juicery is another gem in West Hollywood, open every day and full of smiles and sunbeams!

We tried the Greens 2 (kale, spinach, romaine, parsley, cucumber, celery, apple, lemon) which was a little intense for my liking (me being the only vegan not in love with kale) but the Greens 4 (cucumber, celery, watercress, lemon, ginger, cayenne) was magic!  I loved the cayenne zing energy boost to my morning!

If that makes you want to run to your kitchen and whip up a mug of deliciousness, check out this Healthy Chocolate Shake Smoothie recipe! NOM!

Pressed Juicery run a range of cleansing programs as well as producing their delicious daily juices and you can find them all over California.

Please tell them I miss them!  xx

Until the sun comes up over Santa Monica Boulevard…  ♪♫♪♫ 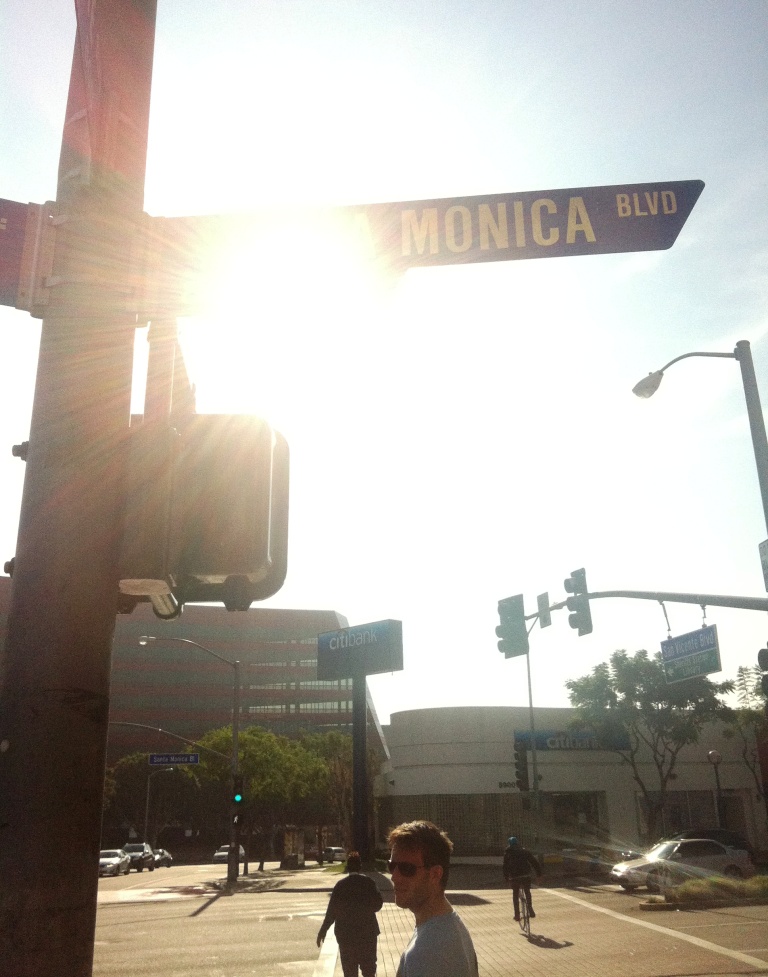