I’d read mixed reviews about the Daily Planet Cafe on Perth vegan forums and protested as Dom dragged me past Veggie Mama last Sunday morning (we still love you, Veggie Mama!  We will be back!).  I get so tired sometimes of paying $18 for a couple of mushrooms on toast at non-veg cafes where you have to beg them to replace egg with avocado, or something – anything – vegan.  I wasn’t convinced that this place would be any different.

To our surprise the place was jumping when we arrived.  The interior was funky and the staff were friendly.  We couldn’t find a table inside but were too charmed by the festive atmosphere to back out so we nabbed a table in the rear courtyard.  Still dubious, I eyed the menu with suspicion…  and then spotted the magic word that never fails to make me giddy…  VEGAN!!  WHOOHOO!!

Faster than a speeding bullet we both ordered the Vegan Stack – chickpea fritter, field mushroom, avocado, slow roasted tomatoes, salsa verde and tofu aioli, $16.50.  Oh my hunky-journalist-turned-superhero, this was every bit as good as it looks!  The perfect healthy brekky to get your superpowers on.  If you’re a carb fiend and need toast with your breakfast there is also vegan sourdough toast available. 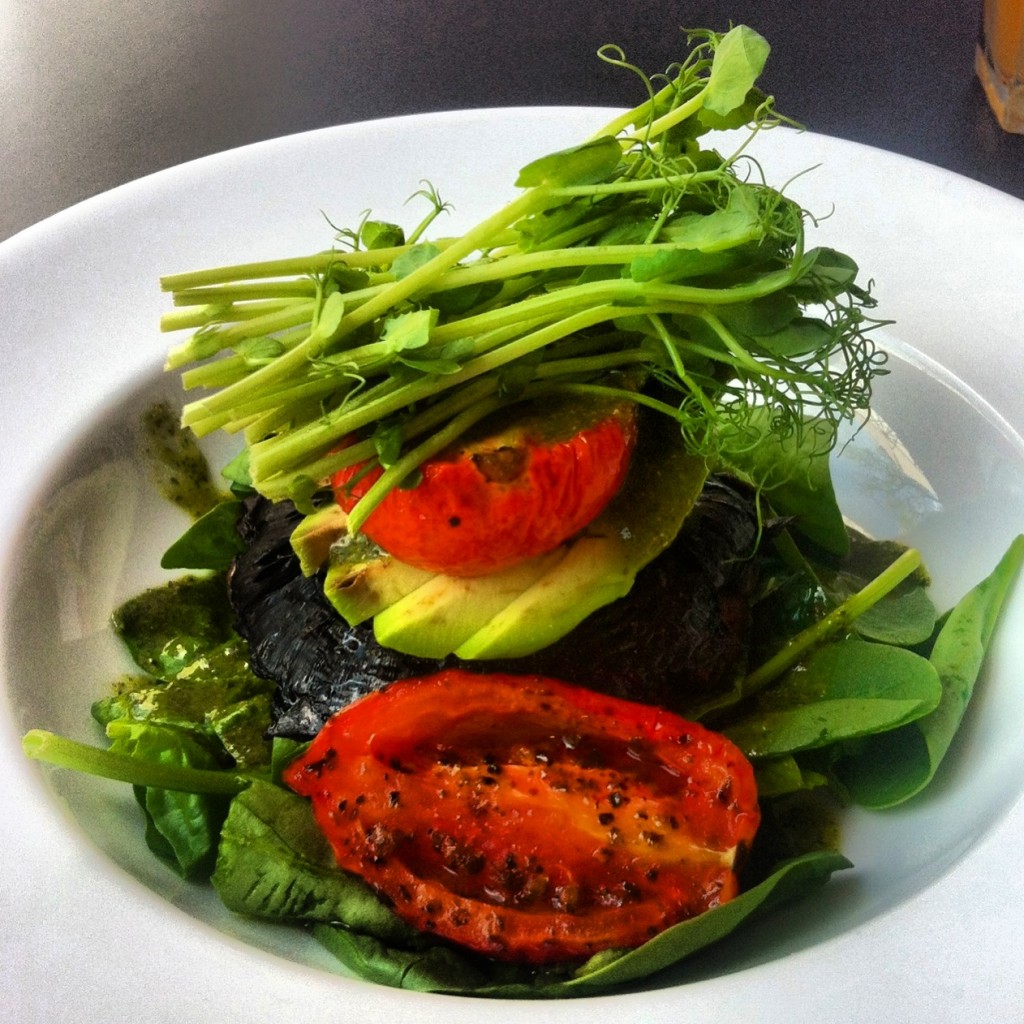 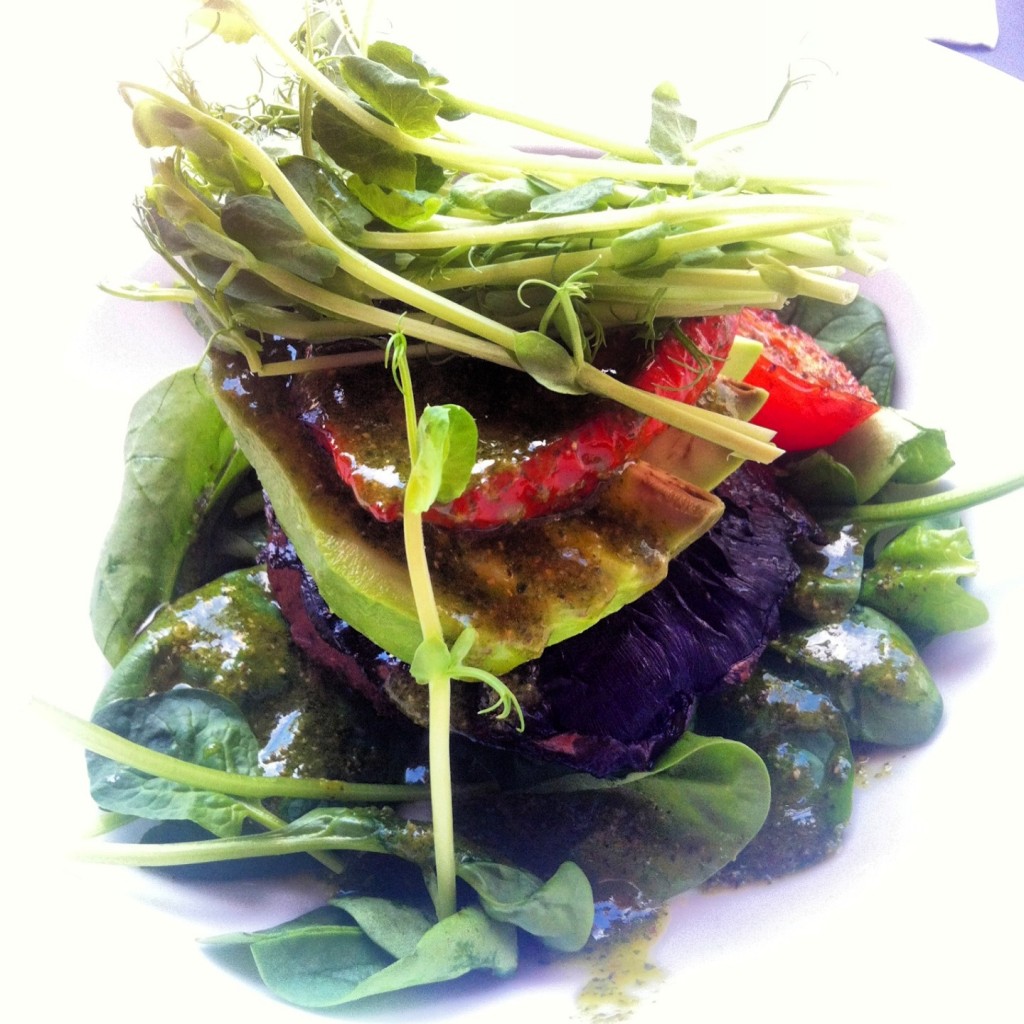 To up the super-strength ante I also ordered the Beta-Carotene Booster – carrot, apple & ginger juice, $6.50.  Also fresh and delicious. 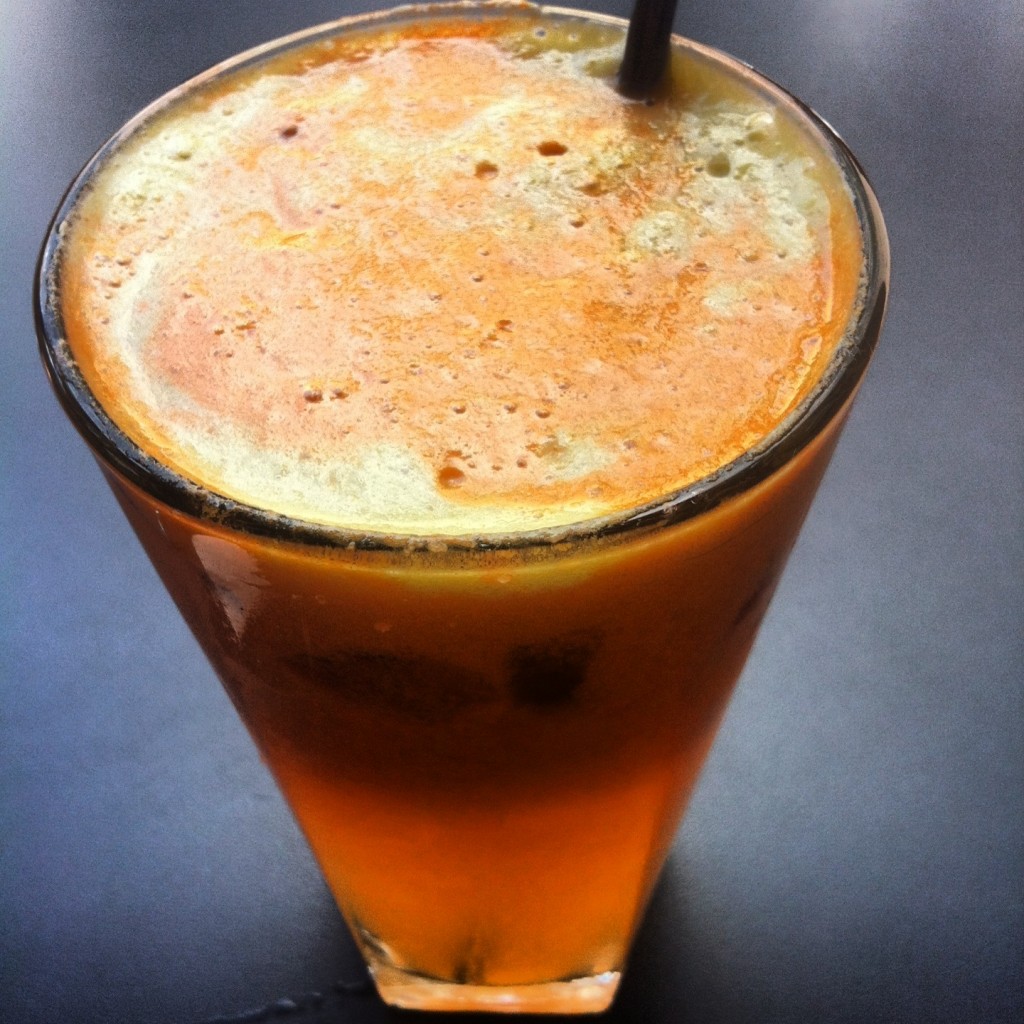 This was the only vegan meal on the breakfast menu besides toast and jams.  I had a quick scan of the lunch menu and didn’t spot anything with the magic word next to it.  Hopefully that will change in the very near future but in the meantime, there is the superstar Vegan Breakfast Stack, HURRAY!!

See you there!  xx