Ok, it’s official. I have a brunch addiction. How good is weekend brunch, though? So mellow, sitting in the sunshine, with nowhere to be and not a rush in sight. It’s the only time it’s perfectly acceptable to eat sweet treats as a main meal, plus it’s usually two meals rolled into one which means only one set of dishes to do. Win!

I’ve had a craving for banana bread for a while but I’m not much of a baker and thought it would be too hard. Turns out it’s actually incredibly easy and there’s the added bonus of being able to lick the spoon while it’s baking, and you better believe this batter tastes good. 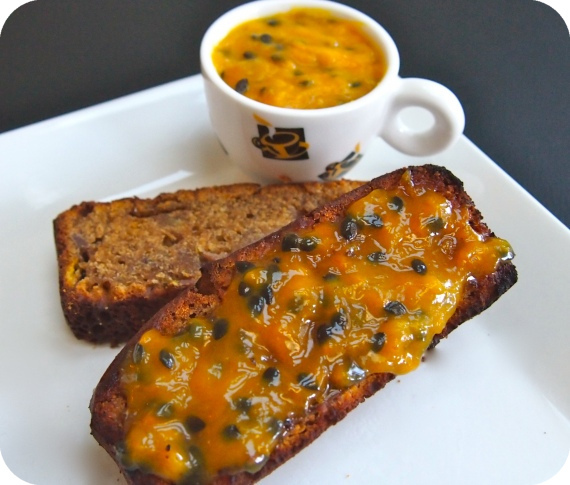 I was inspired by this fab recipe from Post Punk Kitchen but made a few changes based on the ingredients I already had at home: 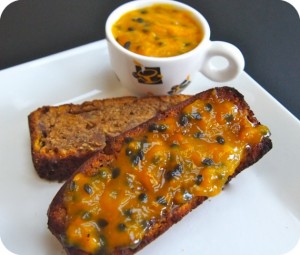 Always one to take things too far, I decided a one-fruit brunch wasn’t enough.  I am crazy about passionfruit.  If I had to choose only one food to eat for the rest of my days, passionfruit would be it, and I’m not even kidding.  This ‘butter’ was a cinch to make and not only made my house smell divine, but tasted incredible.  I have a feeling I will be making it into some sort of dessert very, very soon.  Ohhh yes.  Oh yes I will. 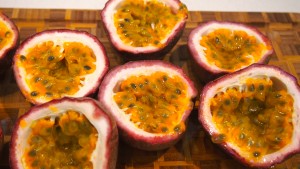 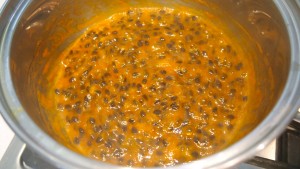